The Great River Road is home to an extensive network of nearly 100 Interpretive Centers—museums, historical sites, and other attractions that showcase the people, history, culture, arts, and industry of the Mississippi River region. Here are a few sites you shouldn’t miss in Minnesota, Wisconsin, Illinois, Iowa, and Missouri.

Walk through the past at the Minnesota History Center in St. Paul, to discover the state’s unique and engaging history. A collection of permanent and traveling exhibits educates visitors about the state’s agricultural industry, Native American history, significant events, and much more. The museum store features a wide selection of Minnesota-inspired, products, gifts, books, and jewelry.

Want to learn more about America’s national bird? The National Eagle Center in Wabasha (about a 2-hour drive from the Twin Cities) is home to interactive, educational exhibits that teach visitors all about this majestic creature. Visitors can also meet real live eagles—the center is home to several permanently injured bald eagles that are used in educational programming. Plus, winter is a great time to see wild bald eagles along the Mississippi River outside the National Eagle Center, as they gather by the dozens to feed in the river’s open waters.

One of the newer attractions along Wisconsin’s Great River Road is the Genoa National Fish Hatchery and Great River Road Interpretive Center, which highlights the river’s importance in historical and present-day industry, wildlife in and along the river, and the history of the people who have lived on and used the river. Two aquariums feature fish and other species that can be found in the Upper Mississippi River and Wisconsin’s streams.

Stop for a drink at Potosi Brewing Company in the southwest corner of Wisconsin and explore the brewery’s transportation museum, which shares the history of the brewery and examples of how Potosi beer was transported in the brewery’s heyday from the 1850s to the 1970s. (The brewery was reestablished on its original site in 2008.) The brewery is also home to a tap room and restaurant, a gift shop, and the American Breweriana Association’s National Brewery Museum.

The National Great Rivers Museum in Alton—which sits near the convergence of the Mississippi, Illinois, and Missouri rivers just north of St. Louis—offers an in-depth look at the history and impact of the Mississippi River and other rivers on the area, as well as daily tours of the adjacent Melvin Price Locks and Dam.

Fort Kaskaskia and the Pierre Menard Home are two of more than a dozen state historic sites in southwestern Illinois, many of which are located along the state’s section of the Great River Road. Fort Kaskaskia State Historic Site preserves the earthen remains of a French fort that was constructed in the mid-1700s to preserve the town of Kaskaskia, which was also the first capital of Illinois from 1818 to 1820. The stie consists of four main sections: the remains of the fort (which was never fully completed), Garrison Hill Cemetery, a Mississippi River overlook and picnic area, and a campground. The Pierre Menard Home was built around 1815 in the French Creole style and was the home of Illinois’ first lieutenant governor.

The Smithsonian-affiliated National Mississippi River Museum & Aquarium in Dubuque spans 14 acres (including a dredge boat and an outdoor plaza and boatyard that can be experienced seasonally) and is home to more than 200 species of animals found in the Mississippi River watershed and the Gulf of Mexico, including ducks, turtles, river otters, stingrays, freshwater fish, and an alligator. History exhibits feature steamboat-era artifacts, a 19th-century machine shop, and more.

Learn all about the early life of America’s most famous author at the Mark Twain Boyhood Home & Museum in Hannibal, which is about a two-hour drive north of St. Louis. The author’s boyhood home is a National Historic Landmark, and the museum also features family artifacts, Twain memorabilia, and 15 original Norman Rockwell paintings.

In the southeastern corner of Missouri, head to the New Madrid Historical Museum to learn about a unique natural phenomenon that affected the Mississippi River region in the early 19th century. In late 1811 and early 1812, a series of violent earthquakes (estimated to be above 7.0 in magnitude) struck the region, rocking what was then the western front of U.S. civilization and even causing the Mississippi River to briefly flow backward. Visitors to the museum can learn about these earthquakes as well as the pre-Columbian civilization in the area and the Civil War’s impact on Missouri.

Four fabulous foods to try on the Great River Road

The best drive in America leads travelers to some of...
Learn more

Autumn is one of the most spectacular times to travel...
Learn more

Agritourism encourages travelers to learn about a region by exploring...
Learn more

Haunts of the Great River Road

The leaves have turned and there’s a nippy chill in...
Learn more 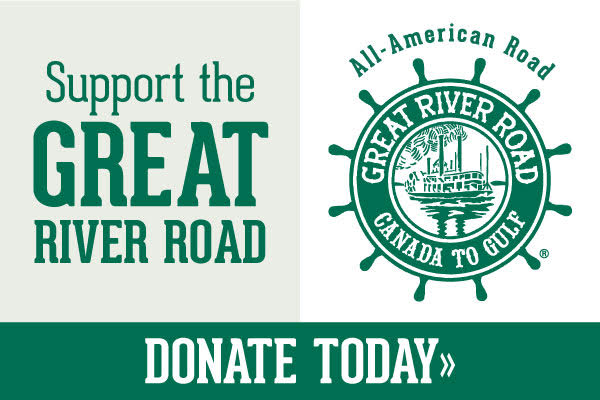